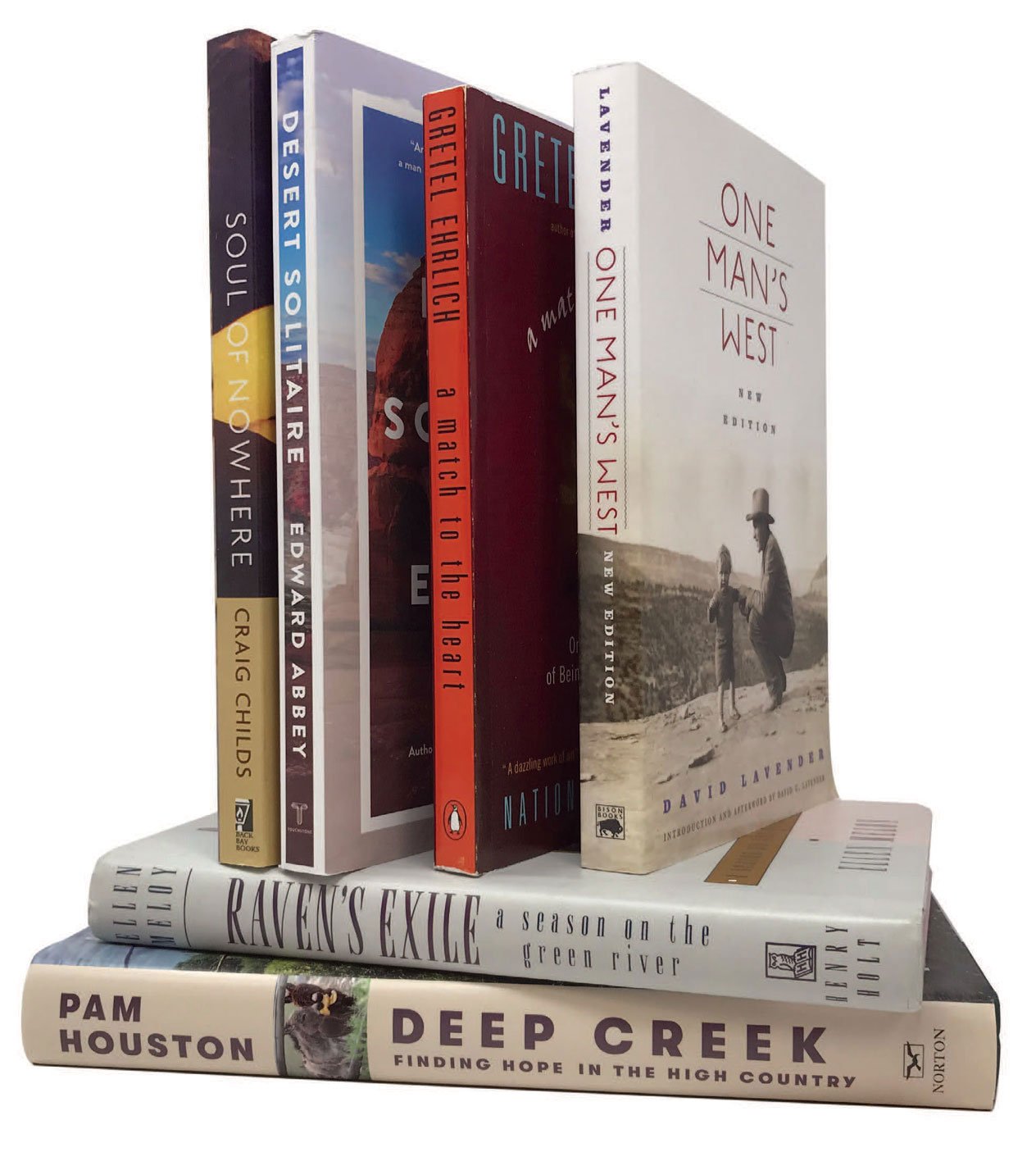 Childs, a commentator for NPR, has made his name traveling to some of the harshest regions in the American southwest and wandering around for months—often without a map. In this collection of explorations, Childs roams the trails of ancient desert tribes and muses on the nature of loneliness, survival, and human fragility.

Desert Solitaire: A Season in the Wilderness by Edward Abbey (1968)

This classic environmental memoir recounts three seasons Abbey spent as a young man in the desert outside of Moab, Utah. Part memoir, part adventure tale, part philosophical examination, the book covers topics large and small—from the moral implications of land development to the observed lives of the tiniest desert creatures.

Raven’s Exile: A Season on the Green River by Ellen Meloy (1994)

Inspired by John Wesley Powell’s famous 1869 expedition down the Green River, Meloy recounts her attempt to re-create the journey through Utah, Colorado, and Wyoming with her husband, a ranger for the Bureau of Land Management.

What happens when the things we love try to kill us? In 1991, nature writer Ehrlich was struck by lightning outside her ranch in Wyoming. Her struggle back to health, chronicled in this intimate memoir, explores the connection between death, life, and the power of the natural world.

Set during a period of dramatic transition in southwestern Colorado— as the lawlessness of the old frontier faded and a new, modern era crept in—Lavender’s tale of mining and ranching is moving, funny, packed with historical detail, and peopled by a cast of wonderfully quirky characters.

Caring for a piece of land is like caring for a child; it takes time, love, and hard work; the results are full of both frustration and triumph. In a series of clean and honest essays, Houston describes her relationship with a piece of land in the Colorado Rockies—her 120-acre ranch, which she tends while recovering from childhood abuse.