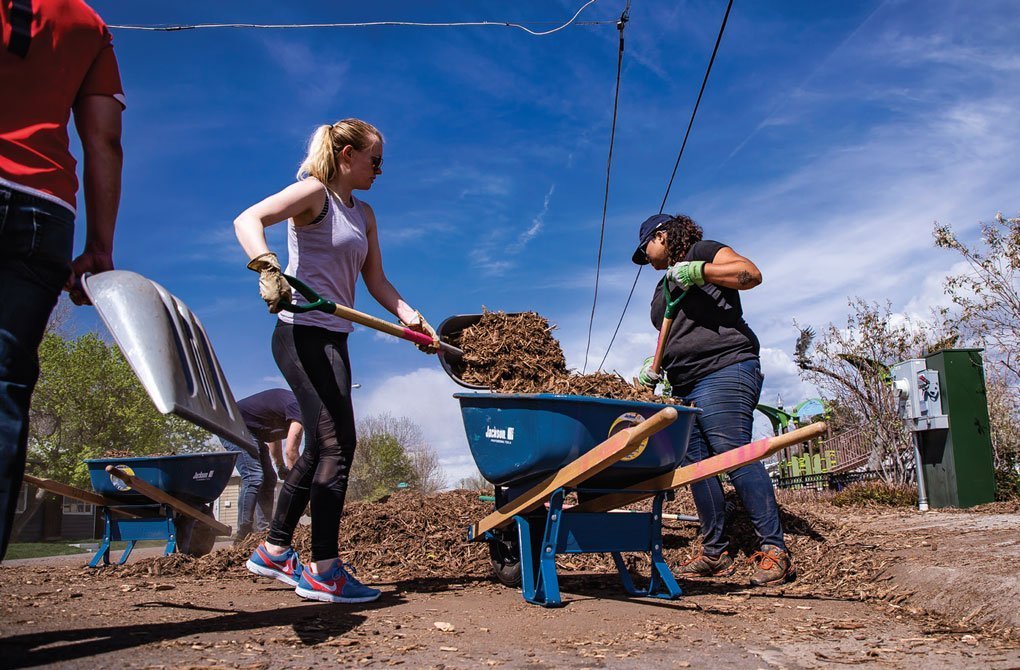 Teamwork—that’s the watchword of Extreme Community Makeover, a decade-old nonprofit that helps neighborhoods help themselves. “We try to create a team effort between volunteers and residents, to get a lot done in a day,” says Angela Bomgaars, executive director. It’s often quite a bit. “We want people to feel cared about—and they know they are if someone has been willing to give a day of his or her time to help with a project.”

How it all began

“A group of us started this in 2008 to get people involved in their community, helping with different projects,” says Bomgaars. “Ideas are a dime a dozen. You never know what’s going to stick. But after the first year, we had almost 2,000 volunteers. Someone took on the role of coordinating volunteers, someone built a website, someone offered to do marketing….”

“We do two types of projects: The Alley Cleanup and Graffiti Removal Project is a community cleanup in which we focus on pulling weeds, picking up trash, and painting over graffiti. For the Adopt-ABlock Project, we go into a neighborhood a couple of weeks ahead and let people know the day we’ll be volunteering and the kinds of projects we can tackle, like painting, yardwork, landscaping, and fence repair. We’re not roofing houses or taking out trees, things that you need professional expertise to do.”

Where they do it

“The first year, we focused on the West Colfax and Villa Park neighborhoods. In 2009, we started working on Globeville and La Alma/ Lincoln Park. In 2010, I started getting requests from the city or other organizations to consider Farnham and Westwood. In 2012, we expanded into Elyria-Swansea. We try to focus on areas and return repeatedly to get to know people and build stronger communities.”

“I get a range of volunteers. I’ve had construction companies volunteer to build fences and pour concrete, and I might have a group of 50 middle-school students, who would do alley cleanup and graffiti removal.”