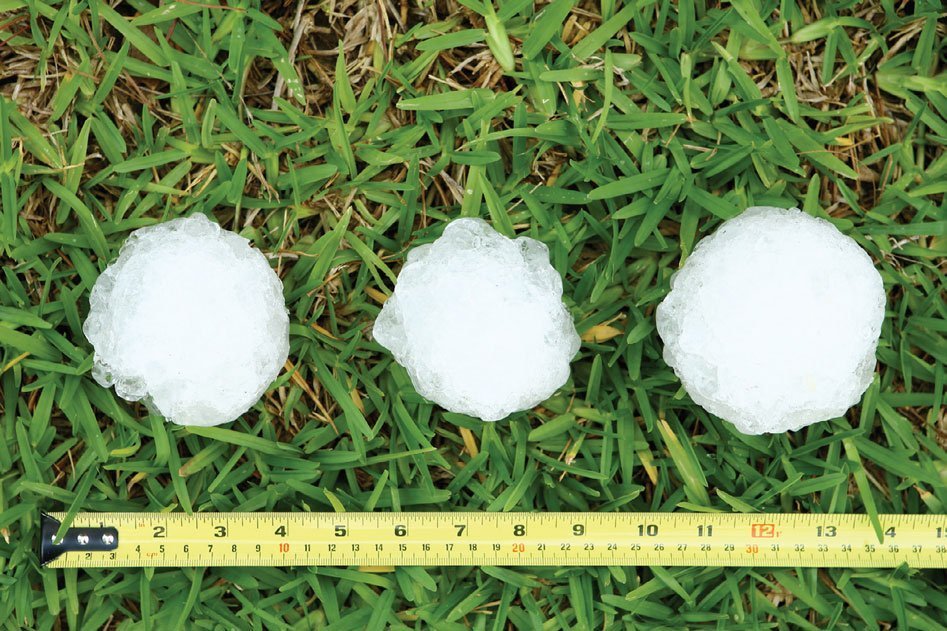 We Denverites love our dry climate, which allows us to comfortably enjoy being outdoors in the mountains (mosquito free!) almost year-round. But the dryness and those mountains also make Colorado a magnet for hail—the stretch between Denver and Colorado Springs is one of the “hail-iest” places in the U.S. Paul Schlatter, the science and operations officer for the National Weather Service Forecast Office in Boulder, says, “Our elevation is much higher than anyone else’s, so as that hail falls, it doesn’t melt all the way before it reaches the ground.” While every thunderstorm generates hail, in places near sea level—he uses Missouri as an example—small pieces of hail often melt before they reach the ground. In Colorado, hail’s shorter “commute” means it’s often still in solid form by the time it gets to us—and our thinner air means it falls faster, too. Schlatter says humidity plays a role in melting hail as well: “In Colorado, not only are we at a higher elevation, it’s also pretty darn dry near the surface,” which means downdrafts are colder; the result: more hail. During or before a storm, Schlatter recommends pulling your car into a garage if you have one. If you’re on the road when a storm hits, Schlatter suggests taking cover at a gas station, parking garage, or other form of covered parking. “The one thing you don’t want to do is park under an overpass,” he warns, because this can create traffic and cause accidents during an already dangerous driving situation.